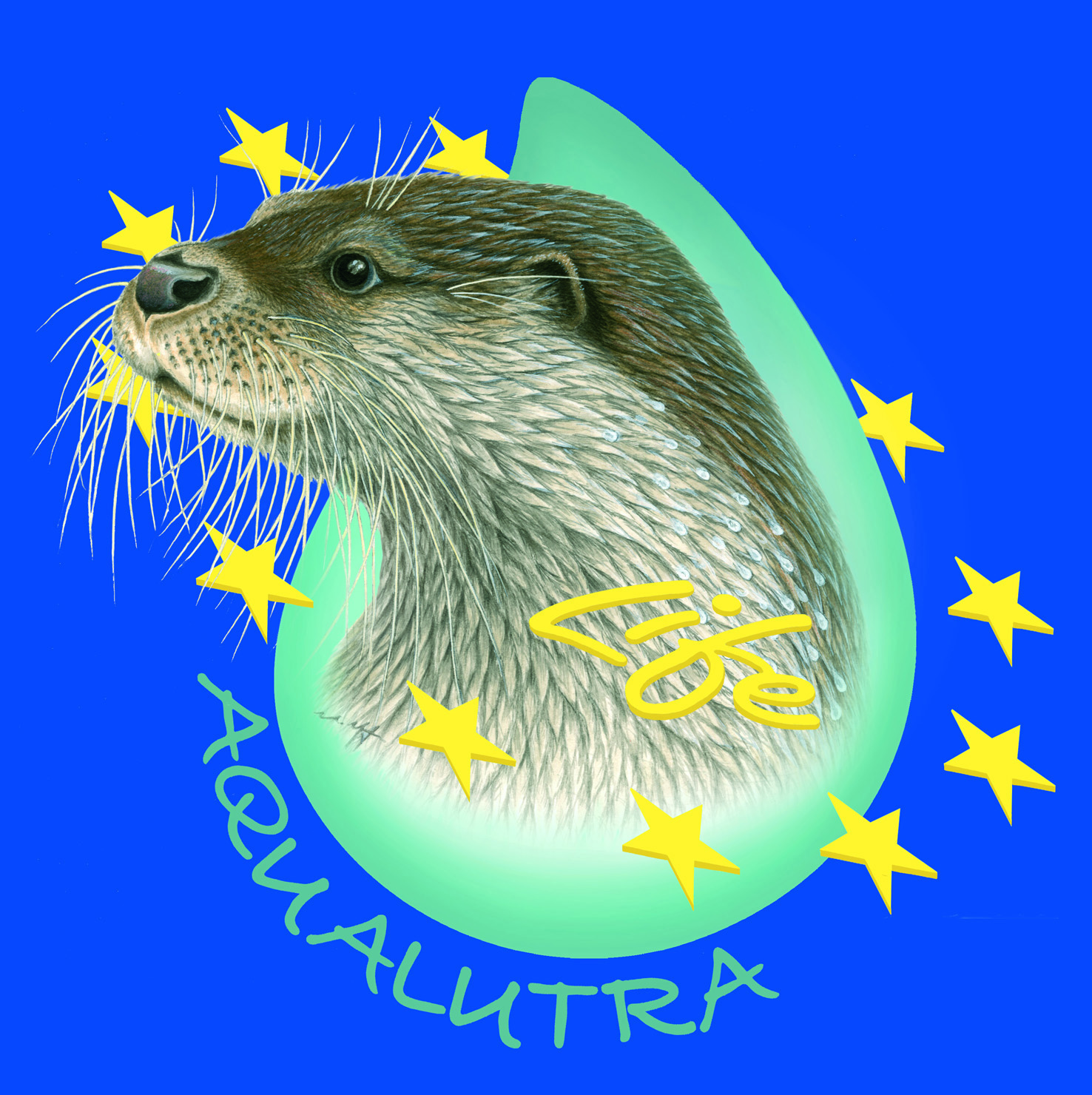 The most remote region in Slovenia is Prekmurje, lying in the extreme northeast of the country beyond the river Mura. Its northern part is Goričko, which begins on the left bank of river Ledava and shares a border with Austria and Hungary. If Slovenia is a hen, then Prekmurje represents its head and Goričko its brain. In the heart of this hilly landscape, furrowed with streams and brooks, lives a vital population of otter (Lutra lutra).  In 2004, the European Commission approved funding for a 4-year LIFE-NATURA project entitled AQUALUTRA: Conservation of otter population in Goričko – Phase 1 (LIFE04NAT/SI/000234), which was designed by Institute Lutra and submitted by the central municipality of Goričko, Gornji Petrovci.

In order to maintain a vital population of otter, it is essential to ensure the permeability of the habitat and migration corridors across the state border to the west (to Austria) and to the east (to Hungary). The greatest danger for this corridor is the “black” corridor, which consists of a regional road and a newly built interstate railway link with direct impacts on the natural habitat of otter. Additional threats are degraded habitats due to agromeliorations, including the watercourse regulation that has been carried out in recent decades.

Lutra lutra is also an umbrella species of freshwater ecosystems and can, with its characteristic appearance, play an important role of message species in preserving freshwater habitats and the living environment in the widest sense. The most important activities of the project were directed in two directions: improvement of otter habitats in the Goričko Nature Park and permeability of migration corridors in the common territory of Austria, Slovenia and Hungary, and the provision of quality habitat near Information centre Aqaulutra in the valley of a stream “Mala Krka”, running parallel to the main corridor and where an information center, educational path and other educational and awareness-raising activities for visitors were planned.

In addition to the activities carried out, the project aimed to preserve and increase the biodiversity of freshwater habitats in the project area, encourage local and regional decision makers to incorporate protective measures for otter at all levels of regional development plans, use otters as a message for raising public awareness of the importance and ecological role otters for the conservation of freshwater ecosystems and contribute to environmental education in the broadest sense, and to present the application of European nature protection and environmental legislation, including the Habitat Directive, the Water Framework Directive, the European Natura 2000 network and the OHNE project in everyday practice.

Within the framework of the project we also built and opened the Information Centre Aqualutra with all activities related to the preservation of the Lutra lutra and the presentation of appropriate methods for the conservation of its natural habitats, and prepared the exhibition AQUALUTRA, which was presented at castles Bistra, Grad, Bogenšperk and Podsreda, at the headquarters of Triglav National Park in Bled, at Municipality of Lenart, Ministry of the Environment and Spatial Planning, the DUO handcraft center in Veržej and at many other venues.