In addition to the valuable insights about the otter population in Goričko, the most visible result of the LIFE project, which lasted from 2004 to 2009, has grown in Križevci: Otter Information centre AQUALUTRA. The centre continues with professional and research tasks that we have set up within the LIFE project: monitoring the observation of the population in protected areas, especially in the Landscape Park Goričko, identifying the causes of threats and planning their elimination, cross-border cooperation; we will also monitor dispersal of the population to unprotected areas, because the otter is endangered and protected species everywhere, not only in certain areas. The most important task of the centre is to educate, inform and make people aware about the overall preservation of nature with an emphasis on waters. Otter tells these facts to different target groups, from children in kindergartens and elementary schools via students to visitors of Pannonian thermal Spa’s and the Landscape Park Goričko.

The AQUALUTRA centre is designed in the form of two pavilions – two otter paws, symbolically positioned between the forest and the water, between the two ecosystems that are vital for the survival. The first, already built paw is intended for the public, visitors, other researchers and guests. The second one, unfortunately, will have to wait to be build a little longer. Since we want to show a responsible attitude towards nature, we selected mostly natural materials for construction, including traditional ones such as wood, clay, straw. We did not only want all materials to come from Slovenia, but we also tried to find them as close as possible to our centre, since this is also a contribution to protecting the environment, which is increasingly burdened by global transport every day.

For the bright interior we glazed the pavilion with energy-saving glass. The roof is flat, covered with wood, eventually we will try to plant it. The tower in the back of the pavilion is covered with bricks and gives us the access to the roof. Just above a wooden terrace that surrounds the building in the shape of a web between paws, is a glassy roof to take the advantage of the daylight. The building is economical with energy and water; we will make the most of rainwater and also show this to the public. Municipal water is collected in a three-cell septic tank and then drained through a wastewater treatment plant; we want the water to leave the centre completely clean, ready for reuse. The building is heated by air-water heat pump (underfloor heating). Wild animals such as mormice, martens, owls and other birds, squirrels and bats, even hornets are welcome guests.

In the LIFE project we started with educational and awareness-raising activities, which we upgrade in the project of the Fund for NGOs of the Financial Mechanism of the EEA and the Norwegian Financial Mechanism. We unobtrusively marked “otter’s water study path”  (

with only one triple table); prepared knitted “otter’s briefcases” with didactic tools and educational contents which can be recombined according to the complexity and type of target group; prepared materials (worksheets, coloring books), teaching and didactic games for the implementation of nature protection workshops for school groups and prepared conceptual plans for a series of interactive communication facilities in the open air for the interpretation of nature in an original and dynamic way. Some wooden objects have already been set up with the help of volunteers and serve their purpose well.

We include local masters and catering providers in our work and we also cooperate very well with the rural development cooperative Pomelaj, which educates and includes economically weak social groups (especially women) on the basis of Fair Trade. From the face of the domestic maize variety we have produced beautiful and useful educational crates and other useful products.

The area of ​​the Landscape Park Goričko, as the living space of the likely largest and most vital otter population in Slovenia, became a special area of conservation (with otter as a qualification species), included in the common European ecological network Natura 2000. The population of the otter in Goričko area is common with two other protected areas – parks in Hungary and in Austria. Therefore, otter is an important nature conservationist and at the same time a symbolic value linking all three parts of the Trilateral Landscape Park Őrség-Raab-Goričko.

In the center you can see the exhibition AQUALUTRA – Vidra, the queen of water, prepared by the Institute Lutra within the framework of the LIFE project and supplemented with the results of the project Vidra on the threshold of the capital (the City of Ljubljana). Within the framework of the project with the support of the Norwegian Financial Mechanism, we created a duplicate of the exhibition and added a new board for the promotion of the Aqualutra center. The exhibition also includes dermoplasty preparations of the marten family (Mustelidae) – otters and their kinship. All presented animals were victims of traffic, which is especially emphasized on the description list of each preparation (species, exact location of the accident and the cause of death is described). The purpose is to highlight the risks of traffic and to warn drivers for greater caution. This was the aim of the project Traffic and Animals (STOPJEŽ), implemented by the Institute Lutra with the support of the Swiss NGO mechanism by July 2012. Animals are actually involuntary road users, as we often overlooked their traditional routes in the planning of transport infrastructure.

Dear visitors,
The Otter Centre will be closed until the forthcoming spring. 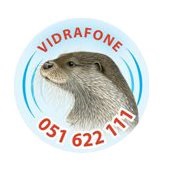 What is going on

Currently there are no upcoming events 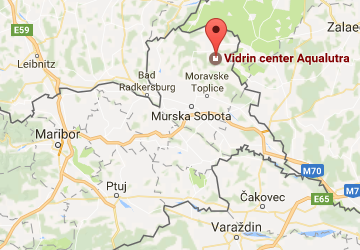