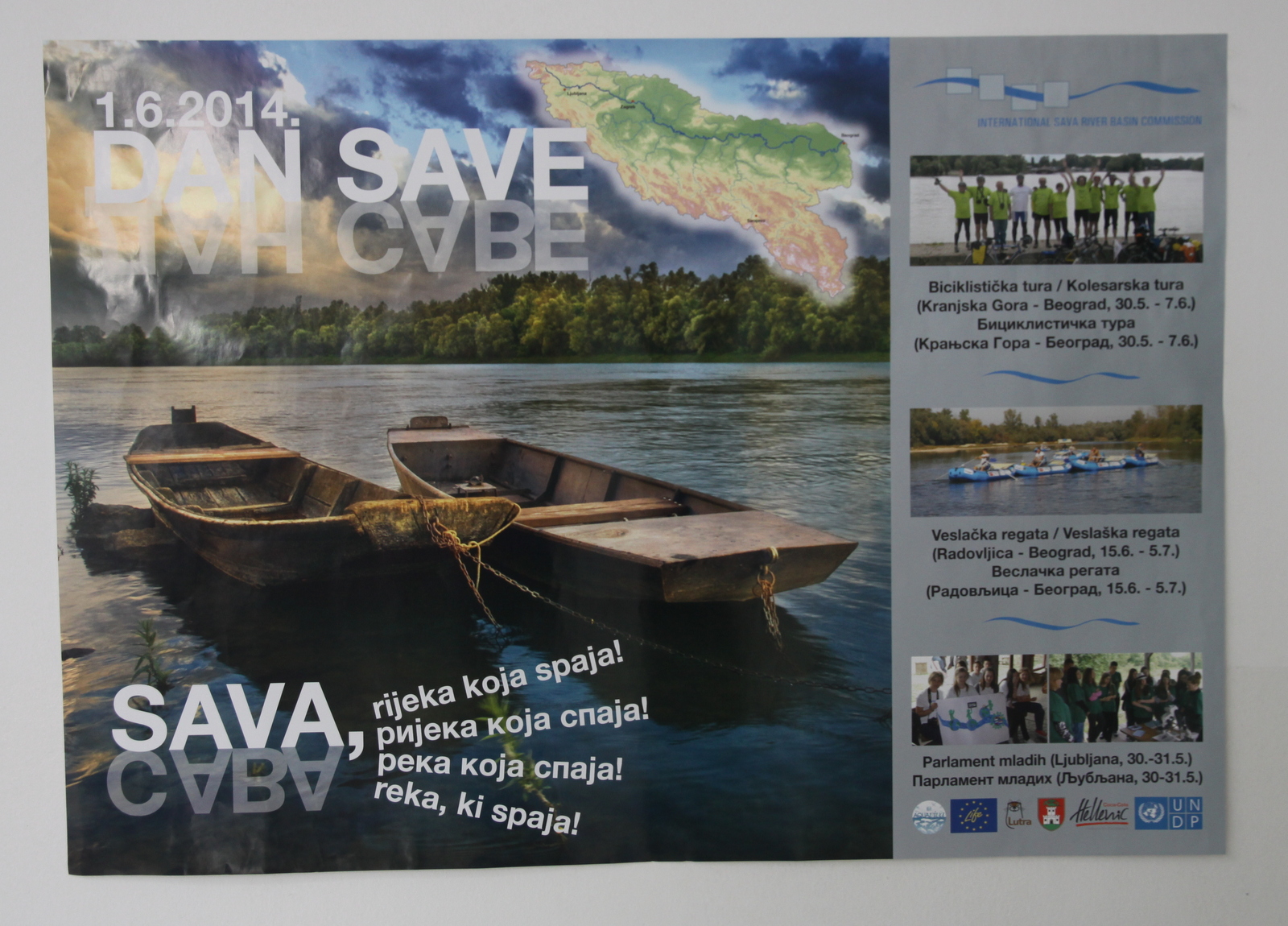 In the year 2014, the Parliament of Youth – the meeting of secondary schoolboys and schoolgirls from the countries in the area of Sava River Basin took place in Ljubljana. For the third time, the meeting was organized by the International Sava River Basin Commission, first time in Slovenia. LUTRA, Institute for Conservation of Natural Heritage with its project Sava povezuje – Sava Connects has complemented the programme of Parliament of Youth with several activities: with the orientation walk “Get to know Ljubljana and the River Ljubljanica”, with the debate “Power in the word – for the River Sava”, with the guided visit of the exhibition “Live treasures of our waters” placed in the Jakopič’ Promenade in Ljubljana and with an information stand “Biodiversity of the River Sava”. Some of the activities took place on the Day of Sava (1st of June 2014), the rest on 19th and 20th of September 2014.

In 4 days, the stand “Biodiversity of the River Sava” was visited by more than 600 visitors, including the secondary schoolchildren from Slovenia taking part in the Parliament of Youth. 39 secondary schoolchildren from Slovenia, Croatia, Serbia and Bosnia & Herzegovina, with their attendants, participated in the orientation walk and in the debate. Because of the international event, the communication language of the activities was English.

Co-financier: The City of Ljubljana